The way we think about jobs is changing, not just in the way that do them (Accenture reported that 79% of executives agreed that the future of work will be based more on specific projects than roles), but the job titles that we use to describe them too.

The talent world is becoming much broader and wider, and the title we use to describe jobs are much more fluid. Increasingly, professionals are using their job titles to describe the work that they do, not just the position that they fill at their organisation. And, when jobs titles fail to accurately capture what an employee does, it can be difficult for recruitment teams to consider the most diverse talent pool, instead relying on filling vacancies with people who are already doing that role already.

Ellie’s LinkedIn profile exactly reflects her contract, both her current role and her headline state that she is a Marketing Manager at her company. In her bio, she lists that tasks that are described in her job description including things like reporting on KPIs (Key Performance Indicators), producing reports, and writing creative briefs. When recruiters go to do a keyword search when looking for candidates, Ellie is likely to appear in the search results when ‘Marketing’ or ‘Manager’ are used as search terms, and especially when ‘Marketing + Manager’ is used.

Unfortunately for Ellie, while she might have other skills and expertise, recruiters will need to work harder to find these, and Ellie might be overlooked for roles that she is perfectly equipped to do. Equally, Ellie might be doing a great job and progress well as her role, with a Marketing Director role not far round the corner. Again, recruiters looking for fill a Marketing Director vacancy will overlook Ellie not realising that she might be ready to step into the role (and probably for a reduced salary premium too).

Aparna however lists her job title as Marketing Lead (Marketing Manager), and her headline describes her as ‘Growing Organisation X’s brand across EMEA.’ In her bio she describes the skills that she demonstrates in her role including influencing other, leading a team, creating content, social media strategy etc. When a recruiter is looking to hire a Marketing Manager, a Marketing Director, a Social Strategist, or a Brand Manager, Aparna’s profile will appear in the search results.

By describing her skills and behaviours rather than just tasks and experience, recruiters can better understand Aparna’s strengths and consider her for a greater number of different opportunities. This is obviously good news for Aparna whose career opportunities are greater than Ellie’s based on their LinkedIn profiles alone.

This move towards describing ‘what you do’ as opposed to ‘what you are’ echoes back to my previous blog around ‘doing science’ rather than ‘being a scientist.’ While it certainly helps recruiters and candidates identify a greater number of opportunities within existing the existing job title arena, it is crucial when we consider the jobs of future.

As the world around us changes, the working word adapts, fuelling demand for specialism that were previously viewed as either not necessary or not important. Well, you don’t know what you don’t know of course.

In the C-suite alone, that are a number of new players where historically there would be CEO, COO, and CFO. Today, you will find many new titles that didn’t exists 5 or 10 years ago: Chief Information Officer, Chief HR (Human Resources) Officer, Chief Trust Officer, Chief Culture Officer. There are more titles appearing, and more boards are embracing them with Gartner estimating that 15% of large enterprises had a chief digital officer in 2019, up from just 7% in 2014.

Global events such as the #MeToo movement, the murder of George Floyd, Black Lives Matter protests, and Extinction Rebellion campaign against Climate Change have led to more organisations prioritising Equality, Diversity, and Inclusion, and Social Impact. A long overdue move that has seen the creation of new roles such as Diversity and Inclusion Lead, Inclusion and Diversity Project Manager, and strategic ‘Head of’ focusing on driving business change and leveraging Employee Resource Groups to create inclusive and productive organisational culture.

A specific example being media giant Viacom CBS, which in the wake of numerous sexual misconduct allegations, shook up their C suite to include a Chief People Officer and a Chief Business Ethics and Compliance Officer.

A decade ago, no one had heard of Chief Information Security Officers, and yet as direct result of in the introduction of the General Data Protection Regulation (GDPR) in the EU (and the fact that organisations stand to be fined up to €20 million ($24.1 million) or 4% of annual global turnover), there are now 784 live vacancies for CIOs on LinkedIn today, and 1,250,000 professionals who reference it on their profile.

So, what can we learn from all of this? 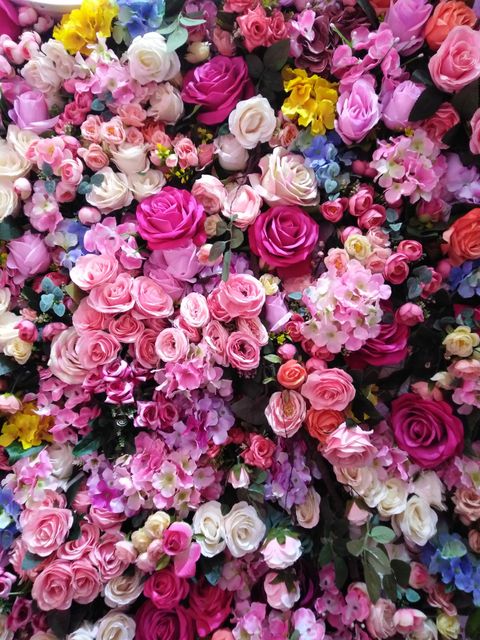 We're hiring. Here are 8 reasons to join us. And 4 reasons not to.
Vanessa Hawes

A rose by any other name: What the changing talent landscape means job titles.
Vanessa Hawes

Let’s do science! How the language we use in schools can shape the future of STEM
Vanessa Hawes

Let’s do science! How the language we use in schools can shape the future of STEM
Vanessa Hawes
Recent posts from PeopleScout UK