The movement started after a 15-year-old student was sent to a psychologist for wearing a skirt. This may have risen in my news feed because it's Pride month right now but I hope it would make the news at any time however perhaps that is a mute point. The point  is that a 15 year old boy was sent to the school psychologist for a "grilling" about his sexual identity and then expelled for wearing a SKIRT.

The school's instinctive response was not supportive, enquiring and nurturing but controlling and shaming.

"When 15-year-old Spanish student Mikel Gómez wore a skirt to school last October, he was hoping to challenge gender norms and support women's rights. Instead, he was pulled out of class and brought before a psychologist who grilled him about his gender identity."

First other boys wore skirts to school across the country and now male teachers are joining in by wearing skirts themselves.

Uniforms are contentious. Different opinions, values, beliefs are crystallised in the discussion about what children should wear whilst in education.

Just this month Ofsted chief warned against victim blaming in a row about 'modesty'.

There are girls in my daughter's school who wear trousers. I offer them to my daughter every year, and she declines. She wears culottes instead. So she can cartwheel and handstand with her modesty intact.  I am a vocal equalist and raised her as gender neutral as possible - pink was not in her wardrobe colour palate, neither did dolls feature significantly in her toys, talked to her about the disadvantage girls have from as young as 2 yrs old by wearing tights and having deal with the pain of brushing knots out of their hair. When she went to soft play, she gravitated towards the older girls who were playing with prams and kitchen sets. Sigh. Nature? Nurture, drawn to what I played down? She frequently tells me... "mamma, my body, my choice" and there's nothing I'm going to say to that.

And then you have this Principal who tried to stop, Byrce Dershem, valedictorian, from discussing his queer identity in his speech.  Watch the video. He switches off the sound. It beggars belief. But it happened.

For me the consistent theme here is fear. Fear of the unknown, fear of damage, fear of judgement, fear of failure, fear of themselves, fear in so many more forms.

This audience - the audience you are recruiting to your companies right now - are not fearful. They are open hearted, vocal, and rebellious.

My daughter - vocal in her and identity body rights.

Bryce Dersham - bravely making public what so many suffer in silence

If you want to make sure you attract diverse thinking into your business, you need to be active, take action, get involved, and fight the fear. Then they'll listen to you and stay with you, oh and you'll be doing the right thing as well.

#LaRopaNoTieneGenero "clothing has no gender" 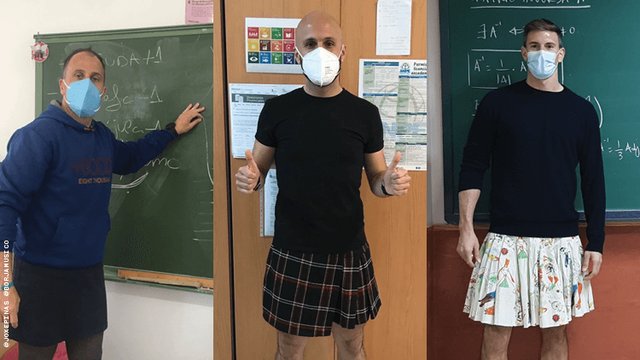